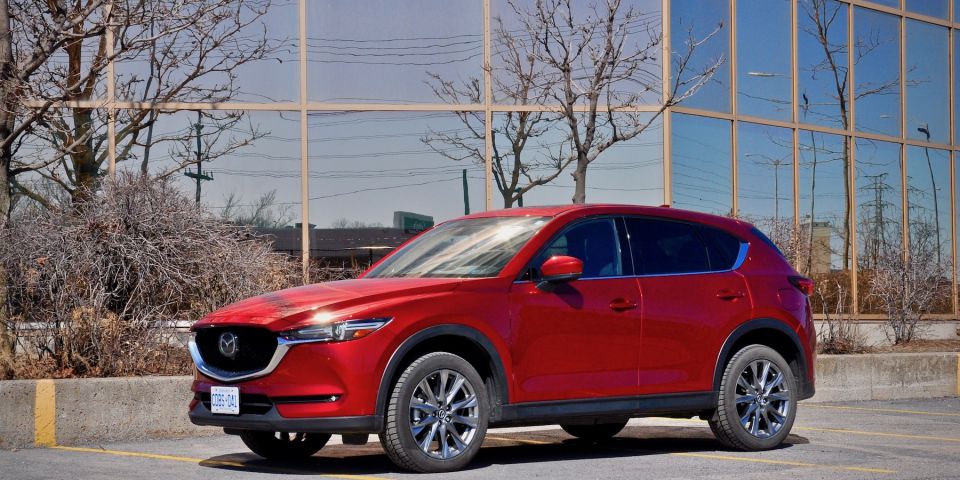 Gas or diesel? Which Mazda CX-5 engine should you choose?

Mazda’s CX-5 does so many things so well. With an interior that looks and feels substantially more luxurious than its price tag would suggest, it’s no wonder CX-5 sales in Canada have climbed steadily for the past eight years. This sassy, smart-looking SUV drives really well, too.

What’s surprising, however, was Mazda’s follow through with its long-promised pledge to bring a diesel to the lineup. Certainly, it took way too long for that diesel to arrive, and in that long span, the appetite for diesel soured like warm milk thanks to Volkswagen’s emissions-cheating that took place.

Having already driven the CX-5 with the standard, normally aspirated 2.5-litre inline-four with 187 horsepower and pound-feet of torque — an engine we found to be “less than enthusiastic” — it seemed prudent, therefore, to compare the other two options: the diesel and the turbo. Back then, we even pined for the diesel because to get any power out of the standard SkyActiv-G engine, we had to flog it. It just wasn’t enough.

Despite the fact, the price of diesel at the pumps remains stubbornly high, even as the price of gasoline plummets (it won’t always be this way, of course), the diesel engine remains an appealing option: the engine is truly quiet at idle and at most speeds. On the highway, there’s no way to tell from the sound. It’s highly efficient, too, and has plenty of power in the lower range from 20 to about 80 km/h. As it should, the 2.2-litre SkyActiv-D’s 290 lb.-ft. of torque at 2,000 rpm is convincing proof of the benefits of high compression. Even though it has a mere 168 horsepower, the diesel’s torque is impressive, charging hard and forcefully at any speed around the city without making a nuisance of itself. Too bad the option costs an additional $5,000, however, and it’s available only on the top-shelf Signature trim. This nudges the CX-5 over the $50,000 threshold when you factor in fees and taxes.

Power in the upper ranges does leave a little to be desired, too, the diesel running out of hustle at anything over 110 km/h, when passing a long semi requires foresight and plenty of room. But on the low end around the city, the engine feels almost as fast, and only slightly less sophisticated, than the highly-lauded 2.5-litre gasoline turbo engine that returns 227 horsepower (250 on premium gas) and 310 lb.-ft. of torque. So, with the base 2.5L out of the picture, which engine is the better option — the 290 lb.-ft. diesel, or 310 lb.-ft. turbo?

For highway fuel economy, the diesel is the hands down champ, of course, although the returns clearly diminish the faster you go. Still, on the highway at a steady 100 km/h for three hours, I was able to achieve a low of 6.6 L/100 kilometres, while the long-term average was an even 9.0. At the same highway speed in the Turbo, I managed 8.8 with a bit of a tailwind, and a long-term average of 11.5. In purely city driving, somehow I registered 16 L/100 kilometres in the Turbo — probably more a testament of the fun that comes from spooling up the engine for all its got and ripping about in Sport mode. In terms of acceleration, the slightly more powerful 2.5L Turbo gas engine is also about three seconds faster from rest to 100 km/h than the diesel (6.1 vs 9.0, according to various tests), but the diesel CX-5 tows more — 1,586 kilograms (3,500 lbs) versus 907 kg (2,000 lbs) — than the turbo.

So, much of the discussion comes down to what you’re doing with your CX-5. Lots of long distance driving or any kind of hauling? The diesel is the wiser choice, although the diesel’s pricing removes most of its advantages. Available only on the Signature model that starts at $43,981 with all fees, plus $5,000 for the diesel, that’s $48,981 before tax.