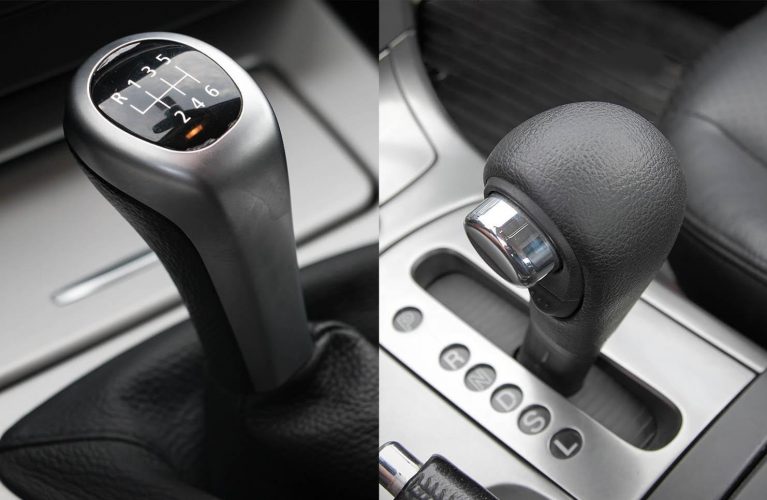 Choosing Between Automatic and Manual Transmission

Manual transmissions are gradually but surely phasing out as more and more cars are built to be automatic.

In fact, most everyday vehicles that you see on the road have already switched to a more convenient style of driving, except work trucks and some sports cars.

Cars with automatic transmission are easy to drive because they don’t require too much information about shifting its gear. Anyone can hop into the driver’s seat of an automatic vehicle and make the car move, but not everyone is able to drive a car with manual transmissions.

Manual and automatic transmissions operate a little bit differently which has an impact on how you drive the car and the way that a car operates.

It is important to understand the meaning of the word transmission as it relates to a vehicle.

A transmission is responsible for taking all the power produced from the engine, and translating that information to your tires so that they can begin moving.

Think of it as a bicycle with a set of gears. When you begin to peddle the bike, your body (the engine) is producing the power, but it isn’t what’s actually making the bike go. The power from your feet on the pedal is rotating a chain around the gears, and causing your tire to move.

On that bike, when you shift the gear into the lowest setting, you have to paddle very fast to maintain the same speed which can be comparable to a car’s RPMs; however, after a certain point, you can’t go any faster until you increase the gear on your bike.

Eventually, when you reach the top gear you are maxing out your speed by peddling slow but peddling harder (increasing torque) to produce those speeds.

The Difference Between The Two transmissions

When that information is translated over to a car, the same concept applies although it is a bit more complicated. A manual transmission is made up of a clutch, a flywheel, and a gearbox. When the engine produces power, it begins to turn the rotating pistons located within the engine.

When the engine produces power, the flywheel, and the clutch disk spin narrowly, like a bike chain, separated by something known as a pressure plate.

When the operator of the vehicle pushes down on the clutch pedal? Or change the gear? It removes pressure from the pressure plate and eliminates the power just long enough so that the gear can be changed.

What the torque converter does is to allow the engine to keep running even when the gears are being changed so you don’t have to come to a complete stop. That torque-converter keeps some of the energy and is filled with transmission fluid. That transmission fluid works with the valve body, which controls what gear you’re driving in.

Understandably, people make choices based on their budgets as well as some automatic cars tend to be costlier than manual cars. But the automatic transmission has become a standard in many car markets around the world. The future of cars is going to be an exciting one and you don’t need to be left out.

At Import Your Car Nigeria (IYCN), we provide the platform for Automobile buyers to search, bid and buy new and used vehicles from major auction facilities in the United States and Canada.

We also arrange ground movement from the sales facilities to the port of exit and undertake all customs export processes.

And that’s not all, We ship with reputable shipping line to Lagos. Thinking of acquiring a car through us? You can send us a mail at sales@importyourcar.ng or call us on +23408021-811-811